Donations instead of gifts

Donations instead of gifts

Menschen für Menschen Switzerland – flexible and efficient
Helping people help themselves in one of the poorest countries on earth – this simple but effective principle has been used by Menschen für Menschen Switzerland for the people of Ethiopia for over 30 years. In that time there has been a lot of progress, but a large number of the population still lives in poverty today.

We plan, control and evaluate our projects ourselves. Only then can we ensure that our high requirements in transparency and efficiency are met, as we set out into a new future with the Ethiopian people.

The Foundation Menschen für Menschen Switzerland
Menschen für Menschen Switzerland was founded in 1989 by the Honorary President Rolf Knie together with Karlheinz Böhm. The foundation is headquartered in Zurich. The projects in Ethiopia are planned, implemented and controlled by the country representative and the programme coordinator in Ethiopia, in close collaboration with the head office in Zurich. 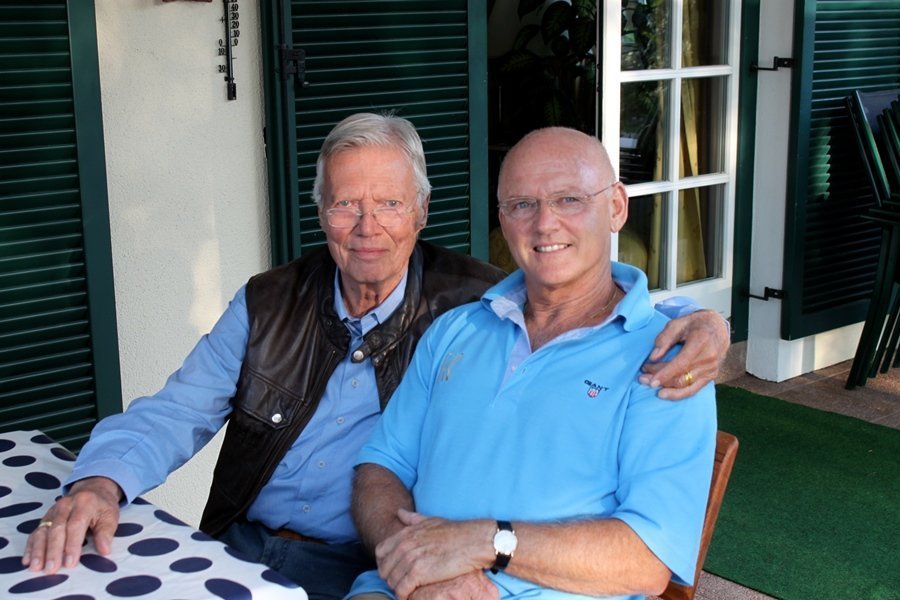 Karlheinz Böhm with Rolf Knie in 2009.

“There is no first, second or third world.

We all live on the same planet for which we bear collective responsibility.”

The guarantee to our donors
Our donors get absolute transparency at all times about how their funds are used. We guarantee this in all stages of our activities: From the use of specialised staff through the selection and control of partners to the evaluation of our work through independent bodies such as the Swiss certification body for charitable organisations ZEWO or the international auditing firm PricewhaterhouseCoopers.

Project Controlling
At the heart of our transparency, we guarantee an established strict system of controls, which begins with the selection of projects. Menschen für Menschen Switzerland generally only supports projects for which the planning, progress and costs can be checked at any time on the basis of defined indicators. Budgets and schedules are also constantly controlled and adapted as required. In order to guarantee the efficiency of the projects and the donations used for them, we remain in constant contact with local partners. A common goal, mutual trust and transparency are the hallmarks of Menschen für Menschen Switzerland’s collaboration with its partners. Our projects are normally planned over a reasonably short timeframe, to prevent dependency and enable the population to make the transition to self-sufficiency rapidly and smoothly.

To be able to monitor our activities, we have a country representative and project coordinator based in Ethiopia. They have decades of experience in development cooperation and maintain good relations with international and local organisations as well as with the Ethiopian authorities.

Cooperation with Partners
The Foundation Menschen für Menschen Switzerland is implementing its projects in Ethiopia primarily through strategic alliances with suitable partner organisations. The cooperation is based on detailed project proposals according to international standards and the principles of the foundation; our employees in Ethiopia are in constant contact with the partners. At least every three years the cooperation is evaluated by external experts.

Your donation
goes to support our
projects in Ethiopia