Many Ethiopians still live in harsh living conditions. Environmental degradation, population growth, increasing urbanisation, globalisation, climate change and technical progress impact living conditions in ever shorter spaces of time. Large sections of the population are overwhelmed by these rapid changes and constantly face new obstacles. At the same time, the country must keep pace with global developments to maintain necessary standards. Ethiopia has become known as the new “African Tiger” thanks to an impressive investment boom. But in the shadow of glistening skyscrapers, increasing numbers of people are living in settlements made of corrugated iron: the people flee from rural areas to towns – and find challenges there in a different guise.

Misery despite the high economic growth

“Building sites, diggers and construction lorries as far as the eye can see,” reported the amazed correspondent for the “Neuen Zürcher Zeitung“ newspaper in its issue of 10 October 2014. “Addis Ababa seems to have fallen into a construction frenzy.” Ethiopia belongs to the top group of countries with the greatest economic growth globally. GDP growth has remained between seven and 11 per cent in recent years.

Yet the sparkle of the newly erected facades in Addis Ababa do not really tell the whole story. Anyone who takes 100 steps into a side street and enters one of the corrugated iron settlements will see right away: large families have to live there on less than the cost of a glass of beer in one of the restaurants accessible to the elite few. 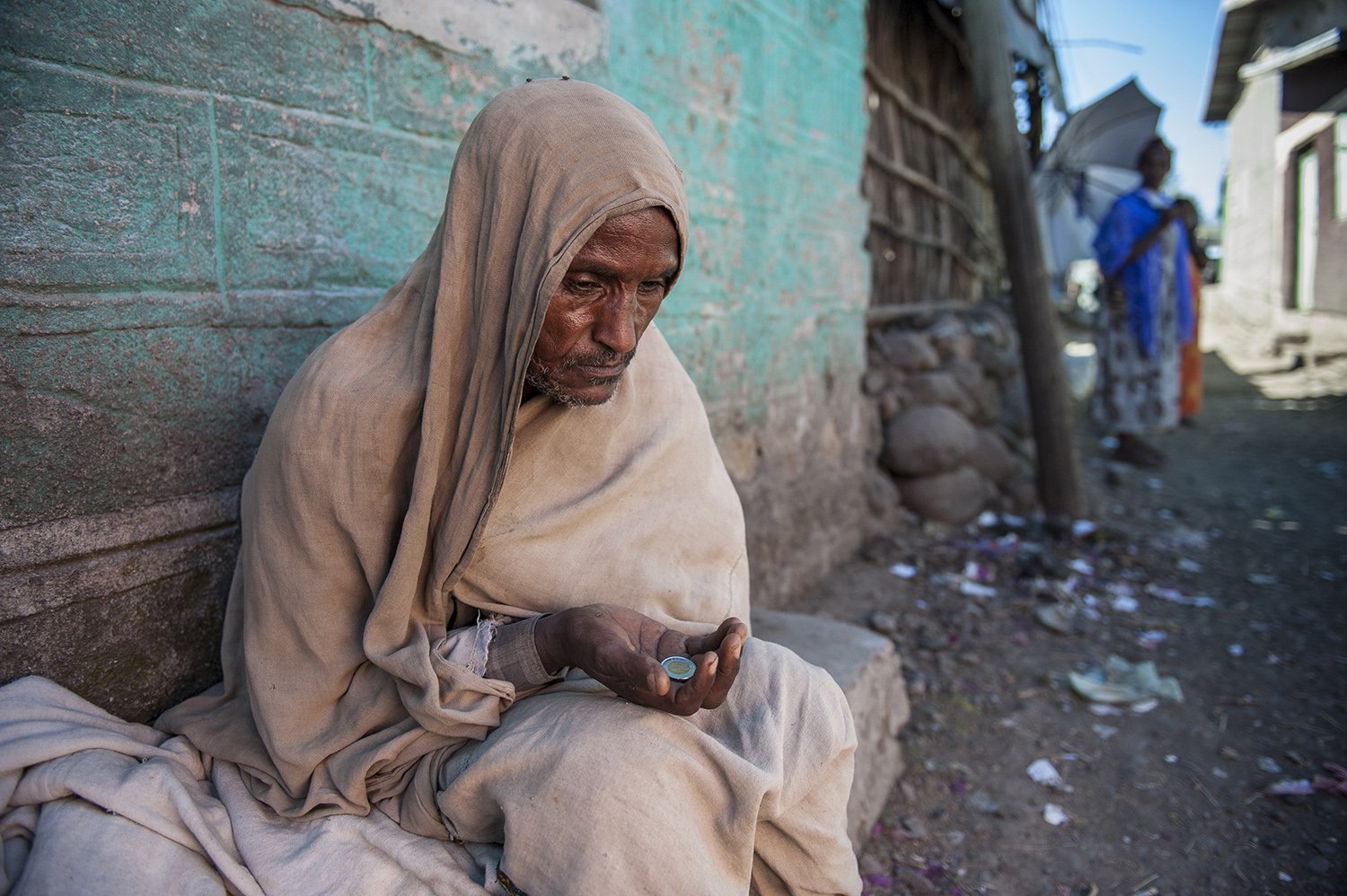 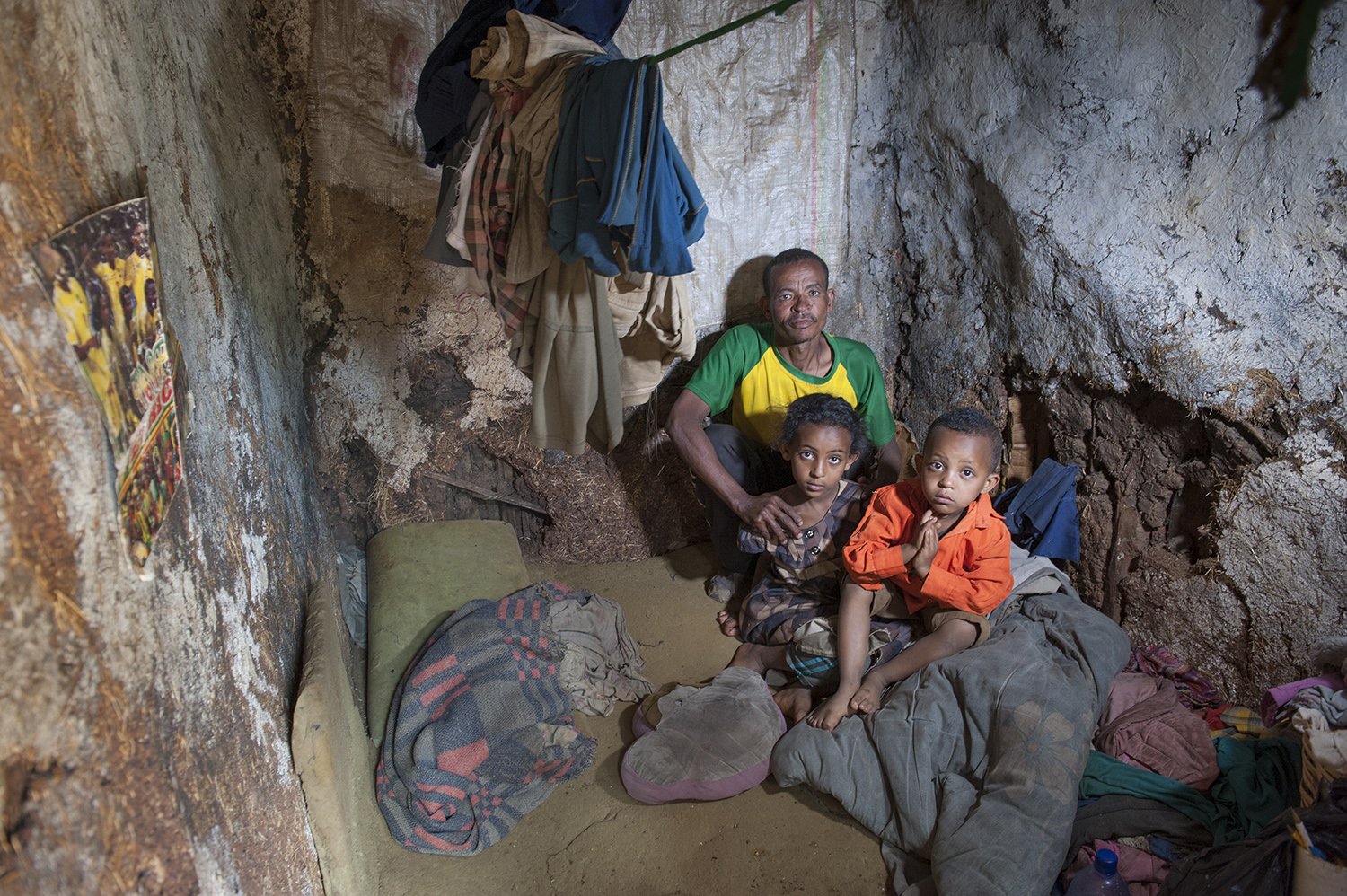 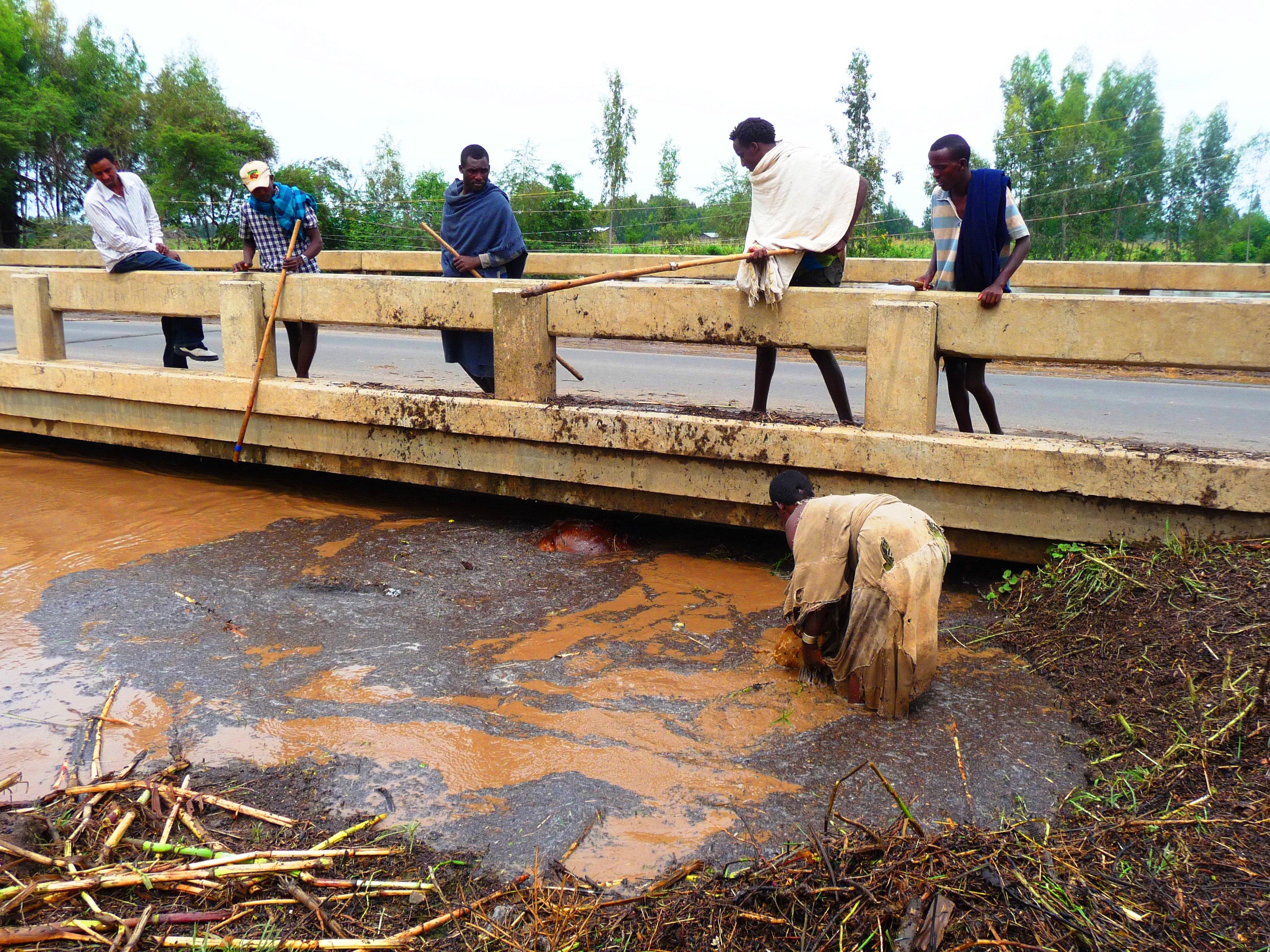 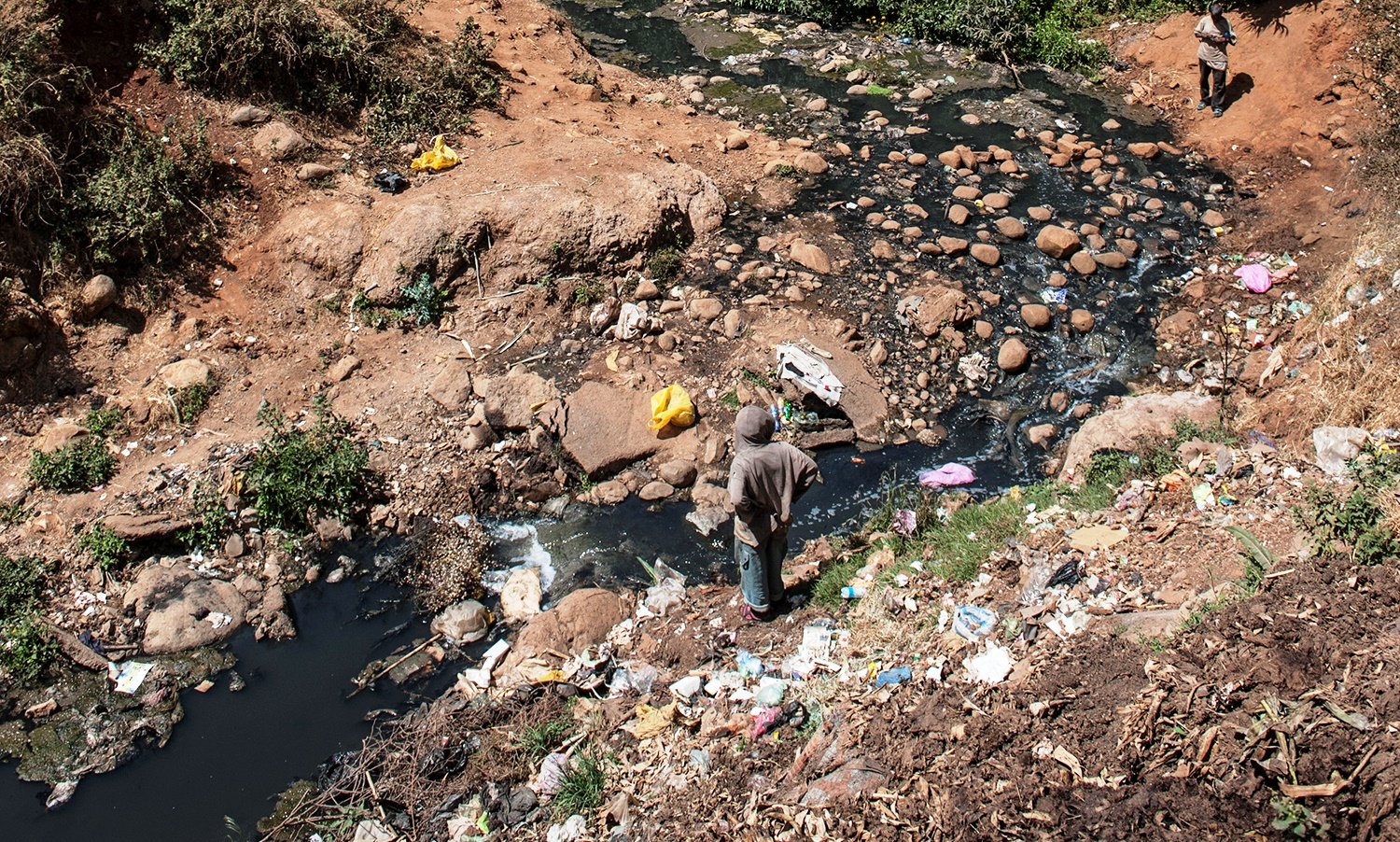 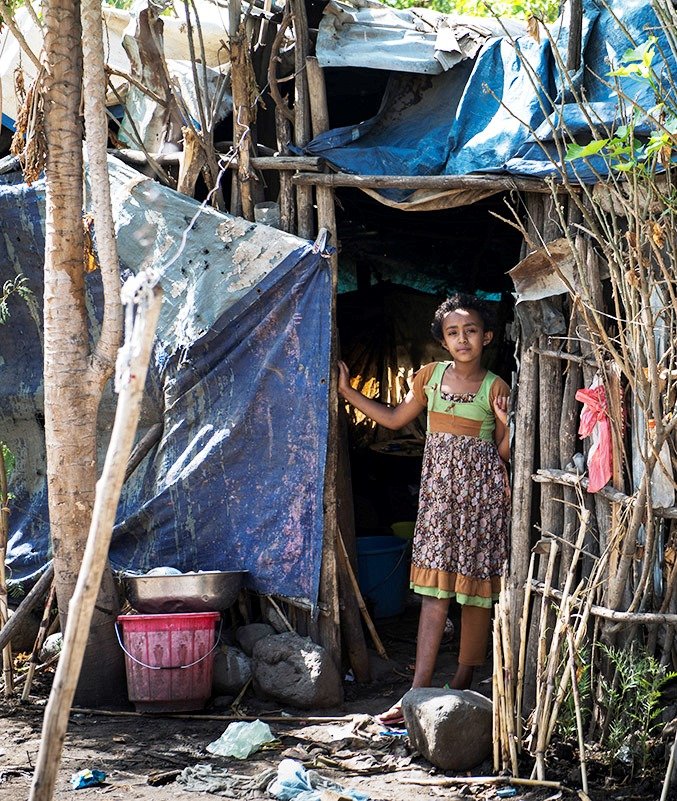 The competition is constantly increasing, with destitute people and their families arriving in towns every day, attempting to flee the hopelessness of their villages. Statistics indicate that there is an average of five or six children in every Ethiopian family, which contributes to population growth on an inconceivable scale:

“In just 25 years the population has doubled. According to the World Bank, 48 million people lived in Ethiopia in 1990. Today there are more than 96 million.”

In rural areas too, the situation is precarious: over use and erosion have taken their toll on the meagre and shrinking farmland. Farms can no longer sustain the growing family members, which is leading to a rural exodus on a large scale. Every year, the number of city dwellers within the population increases by five per cent. According to United Nations estimates, the urban population will treble in the next 25 years. 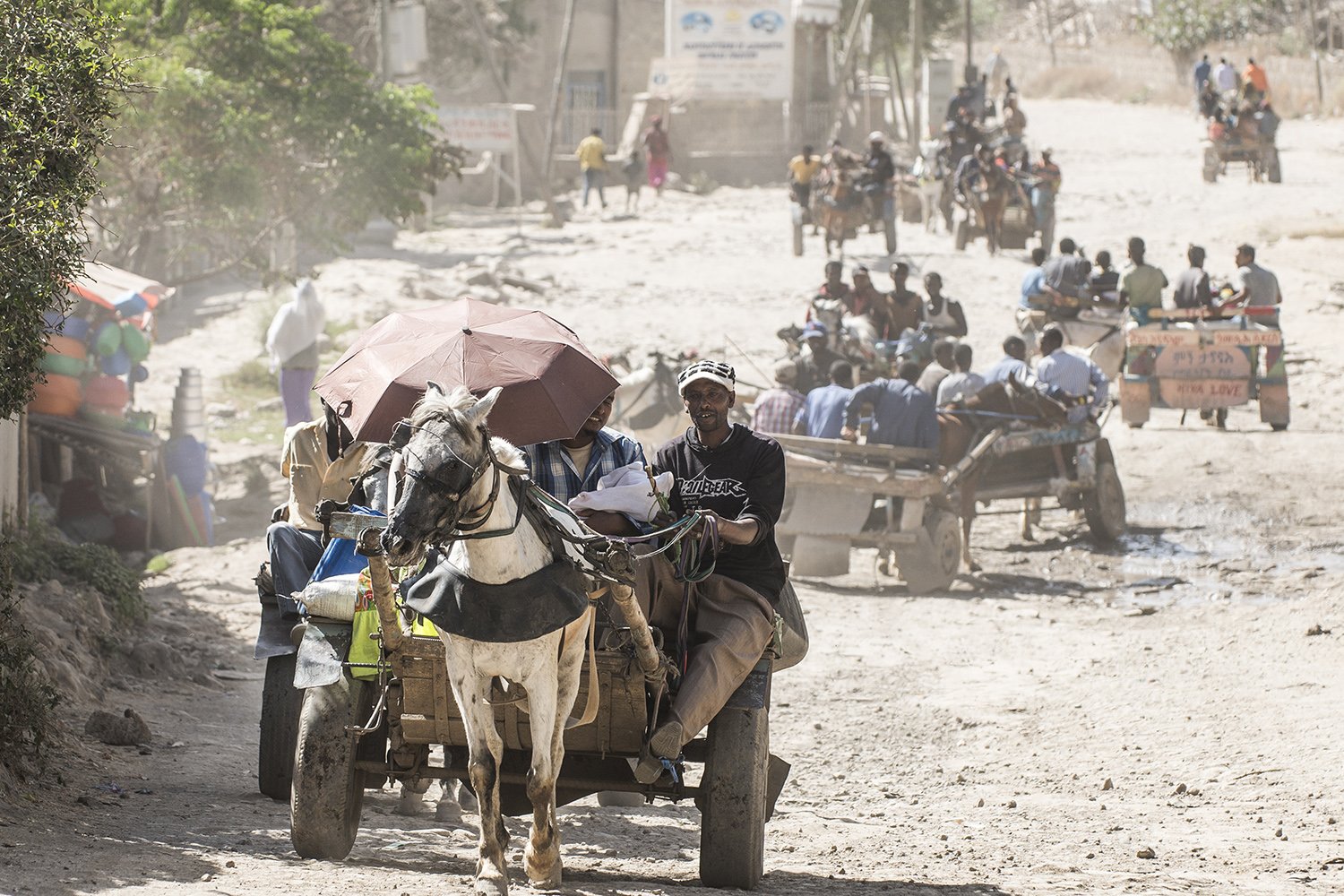 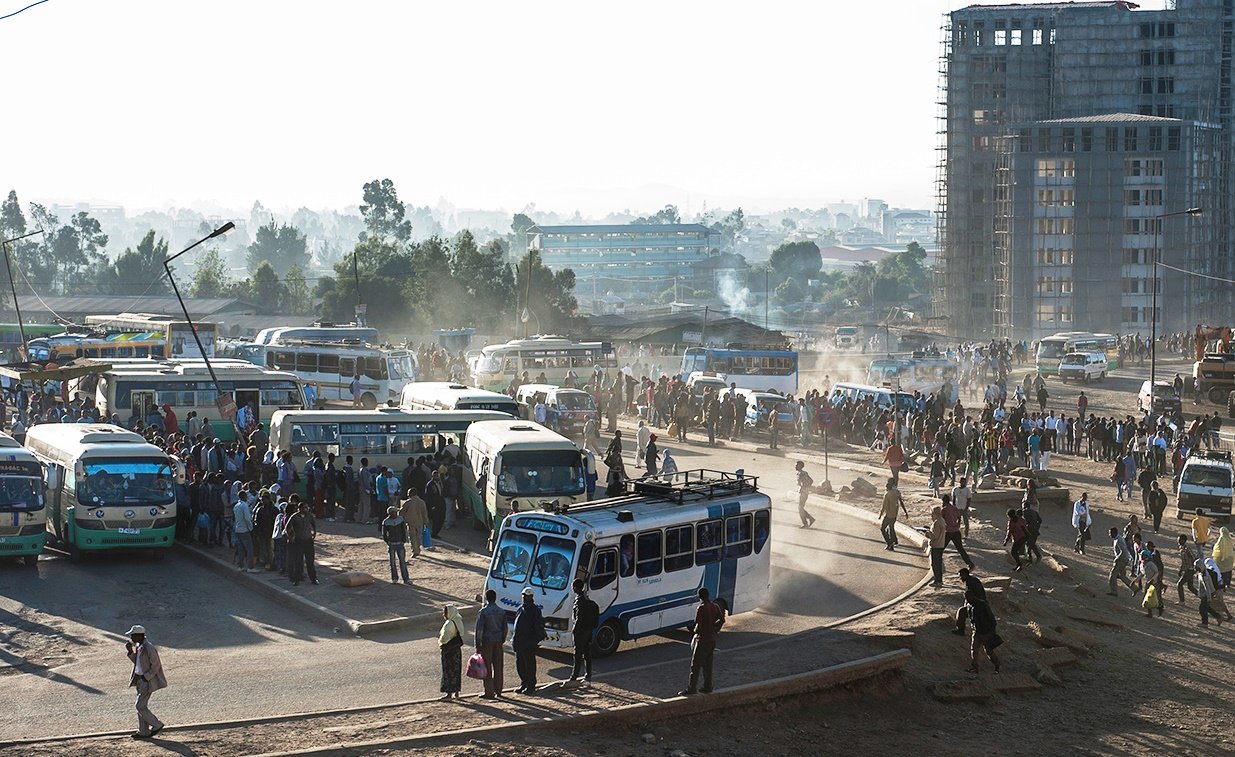 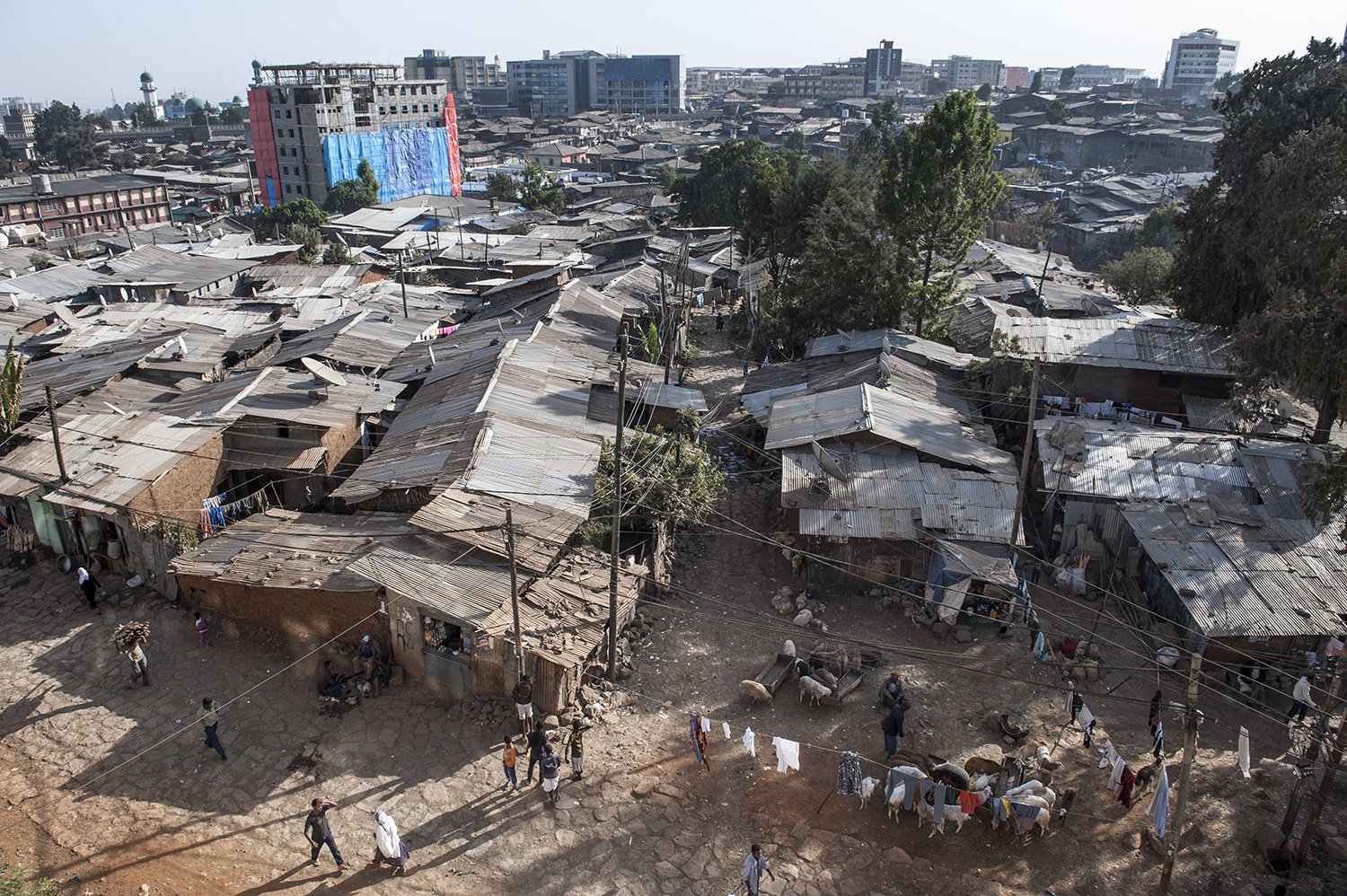 Impoverishment in the towns

The towns have not expanded enough to cope with the population explosion. There is neither secure employment nor the infrastructure to meet people’s basic needs. Three quarters of the urban population in Ethiopia have no toilet, for example. Multiple households frequently share one latrine, with no running water. Often there is not even one latrine. The people who live there have to answer the call of nature in a degrading way, using plastic bags, old jam jars or on patches of wasteland. Young, destitute women who arrive in the towns from rural areas run the risk of falling into prostitution – especially if they are mothers and see no other way of obtaining money to look after their children. And unemployed migrants try to survive from day to day.

“Those you see are in the light part. Those in darkness don’t get seen,” according to the Threepenny Opera. In Ethiopia, those who are not easily seen make up the majority:

“77 percent still have to survive on less than two dollars a day.”

Menschen für Menschen Switzerland wants to act on behalf of those people who are unlikely to benefit from the economic boom – those living in the shadow of the new, sparkling facades. 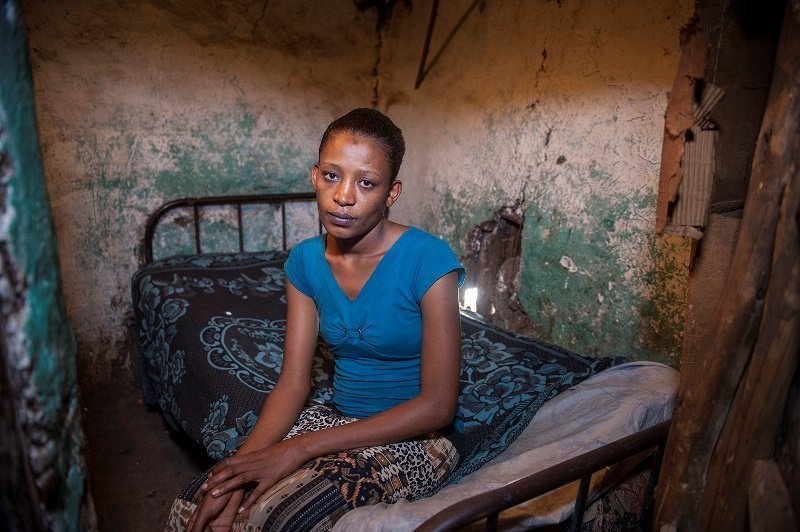 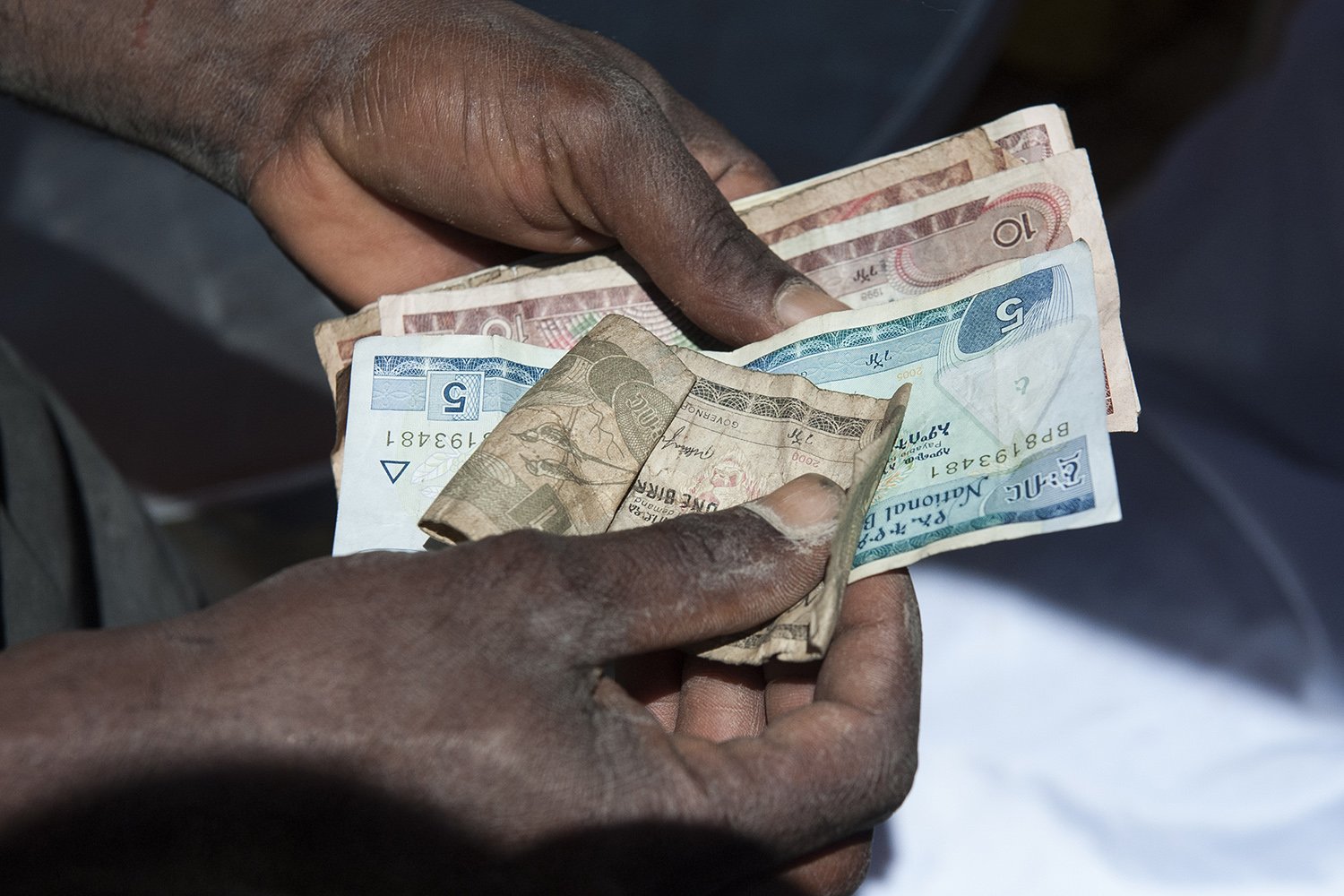 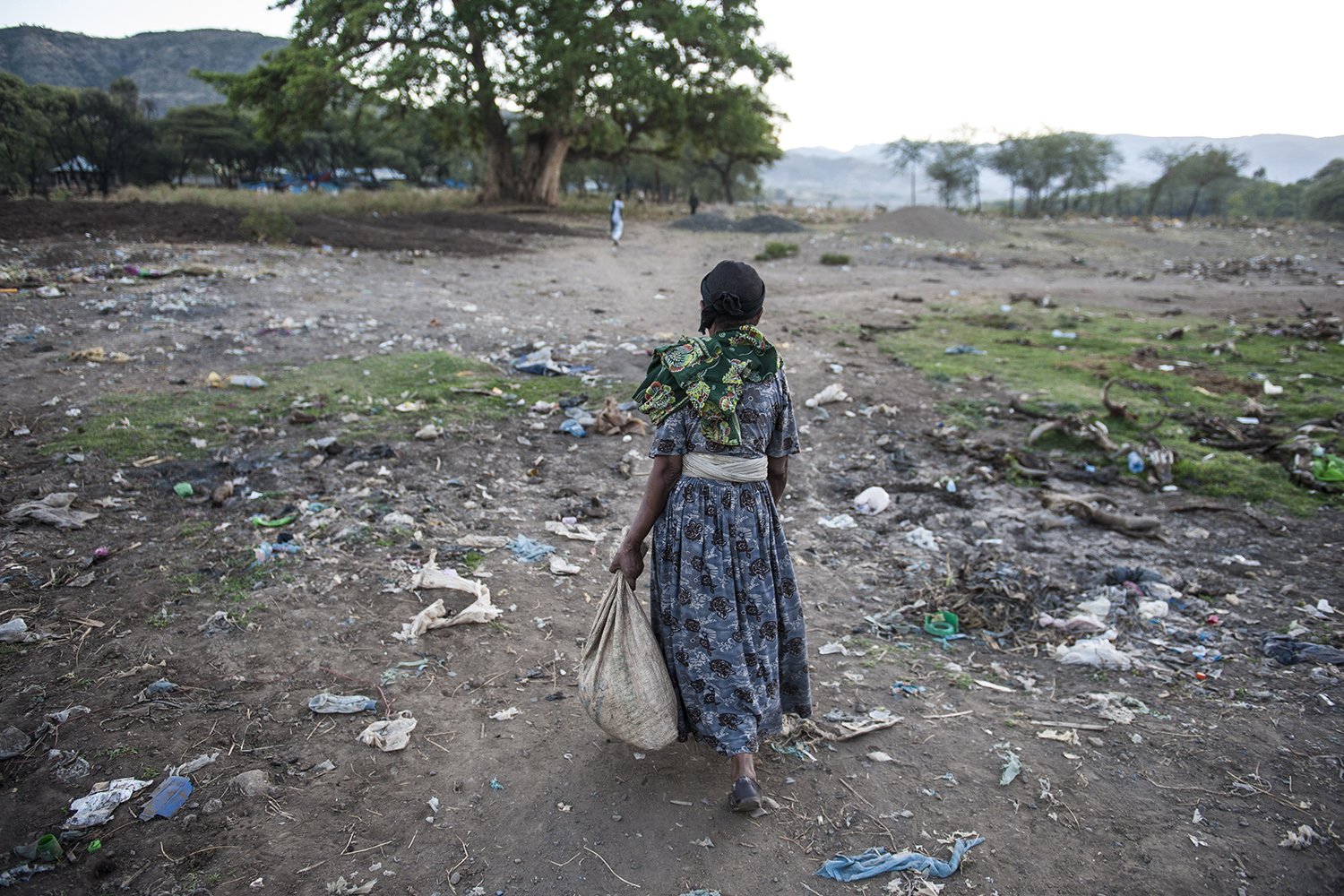 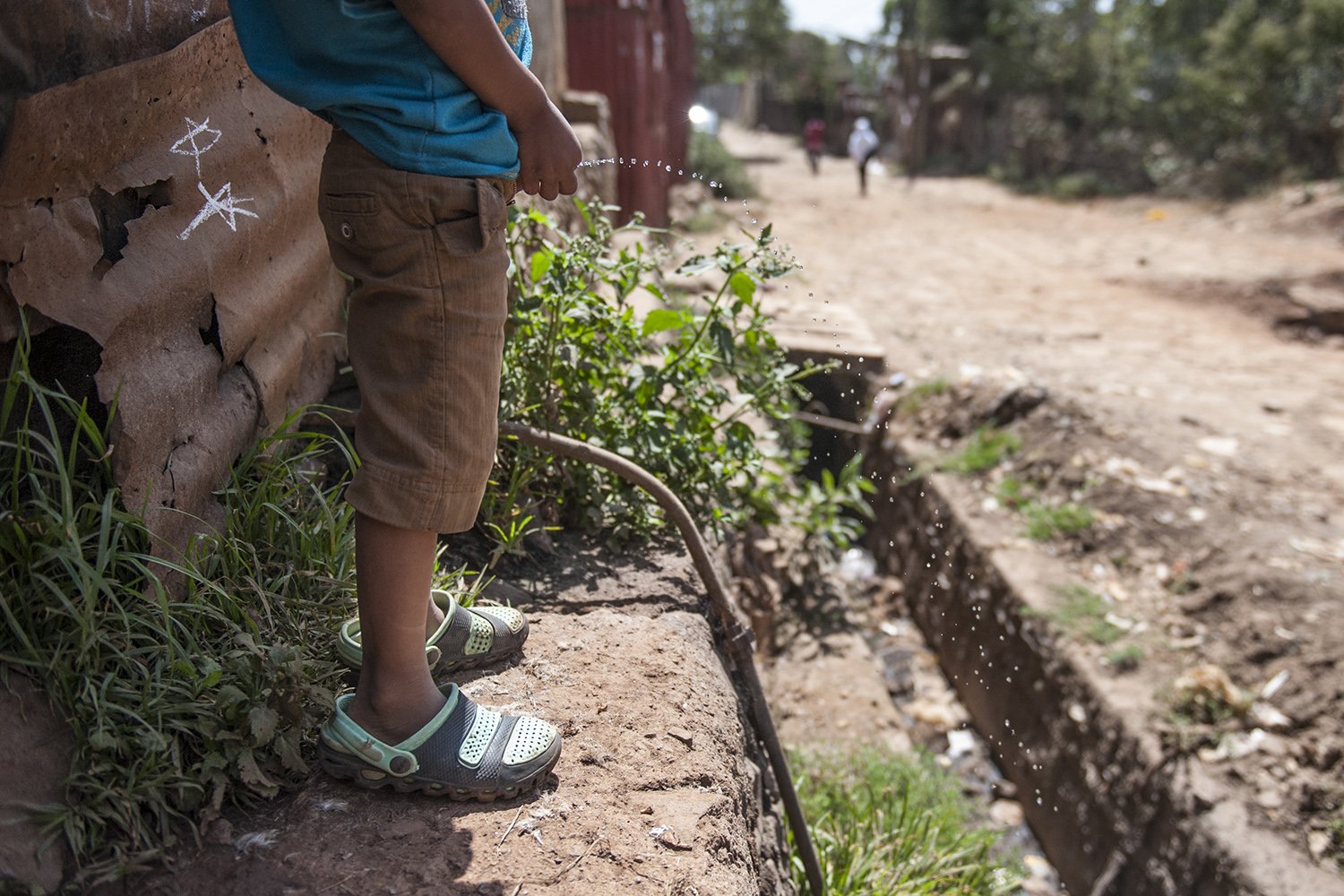 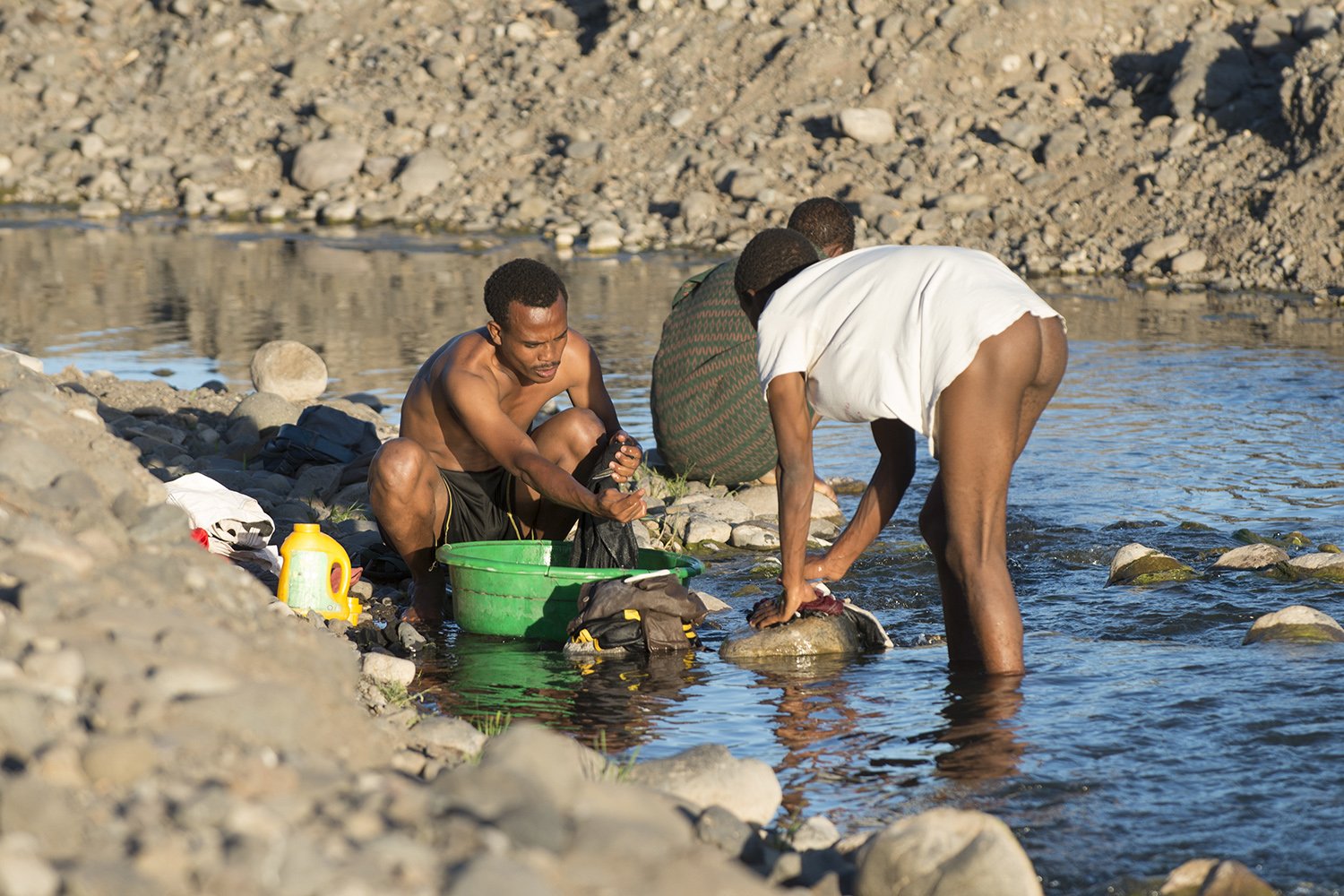 Menschen für Menschen Switzerland sees its primary objectives as fighting poverty and promoting opportunities offered by increasing urbanisation. On the one hand, the foundation is adressing the problem at its root – by providing direct help in remote villages.

On the other hand, Menschen für Menschen is ensuring that life is better for people in towns with sanitation and health projects – but mainly with initiatives for economic opportunities. 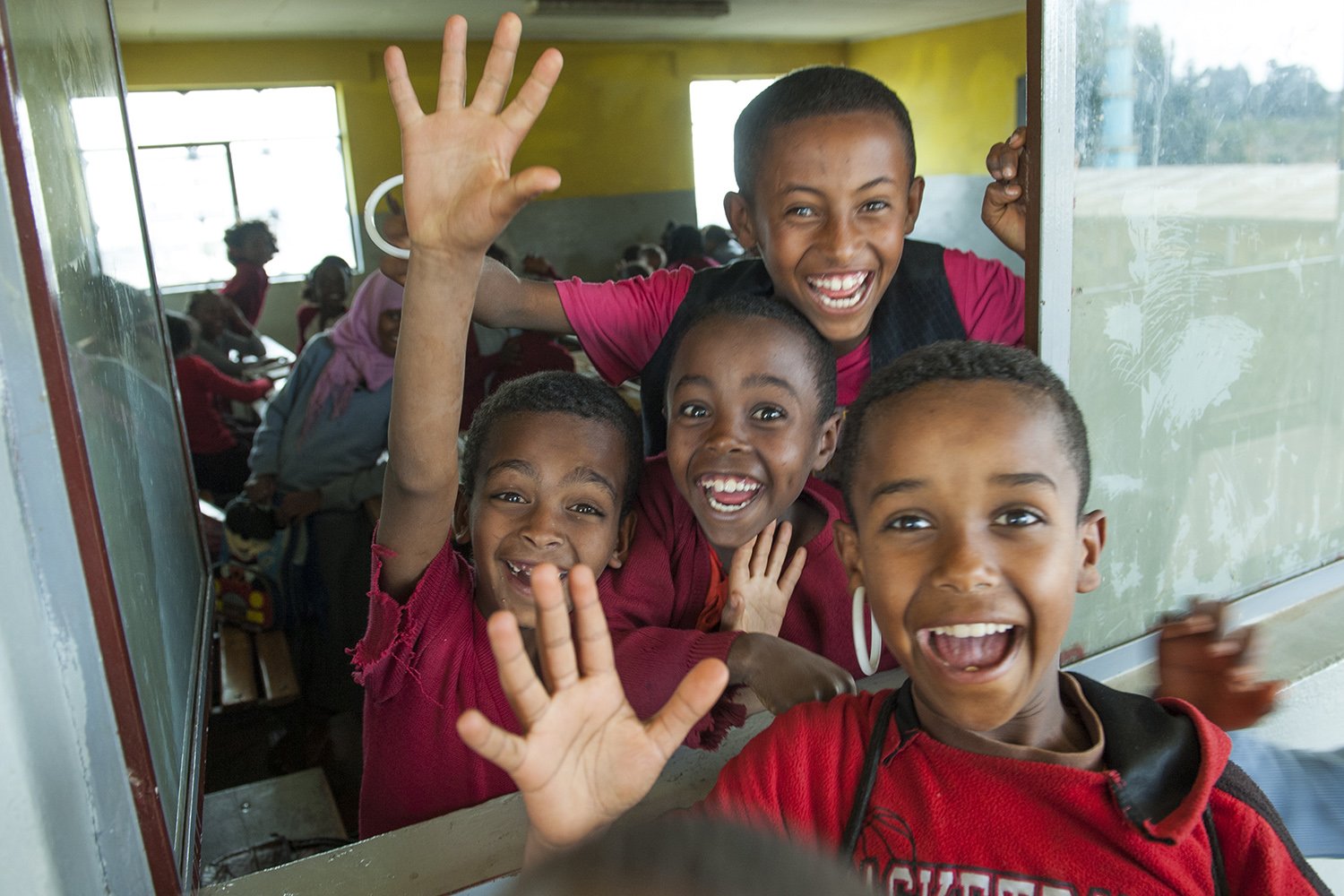 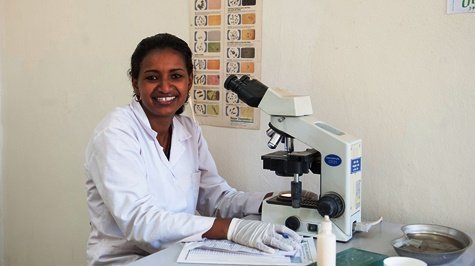 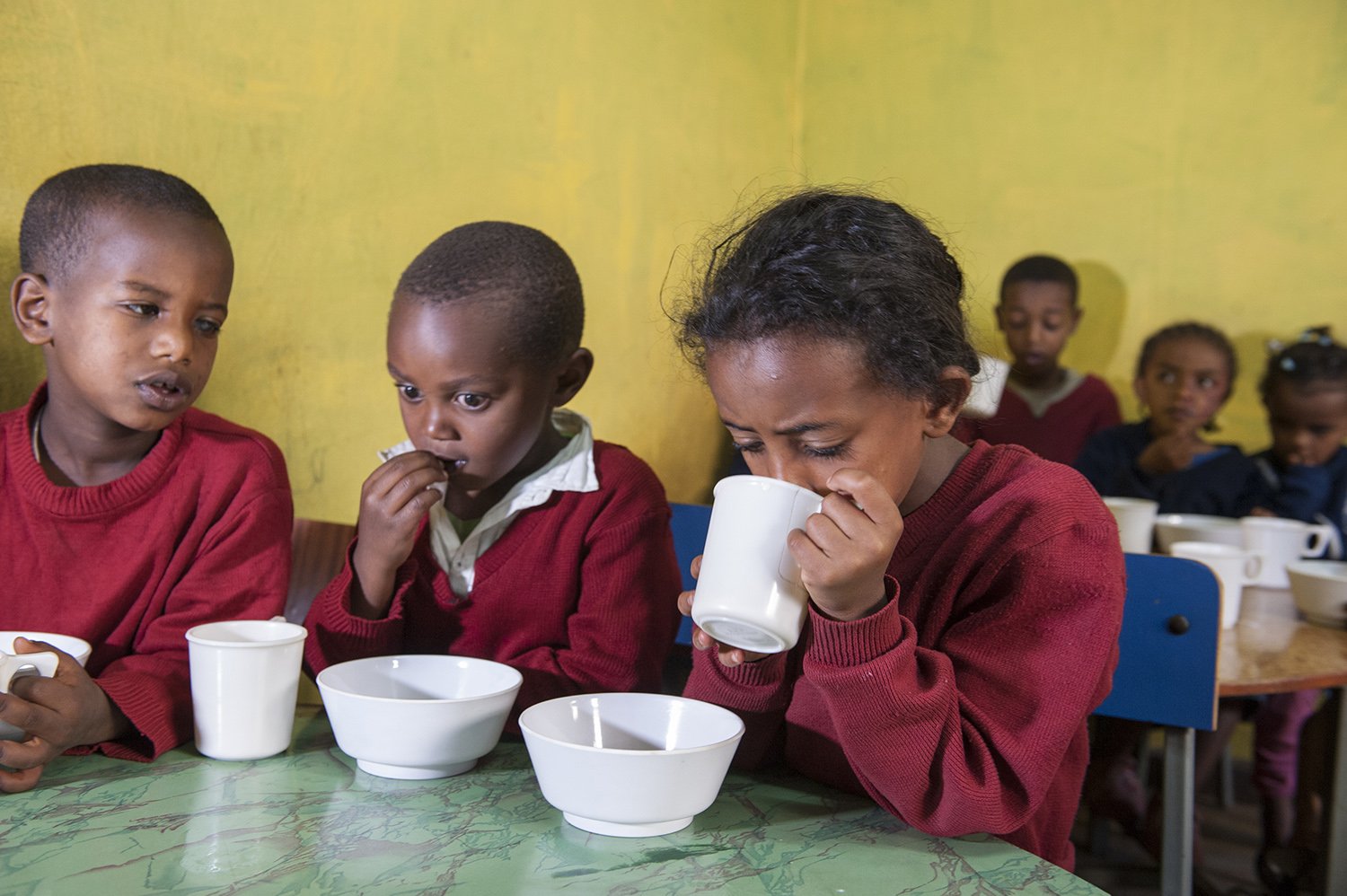 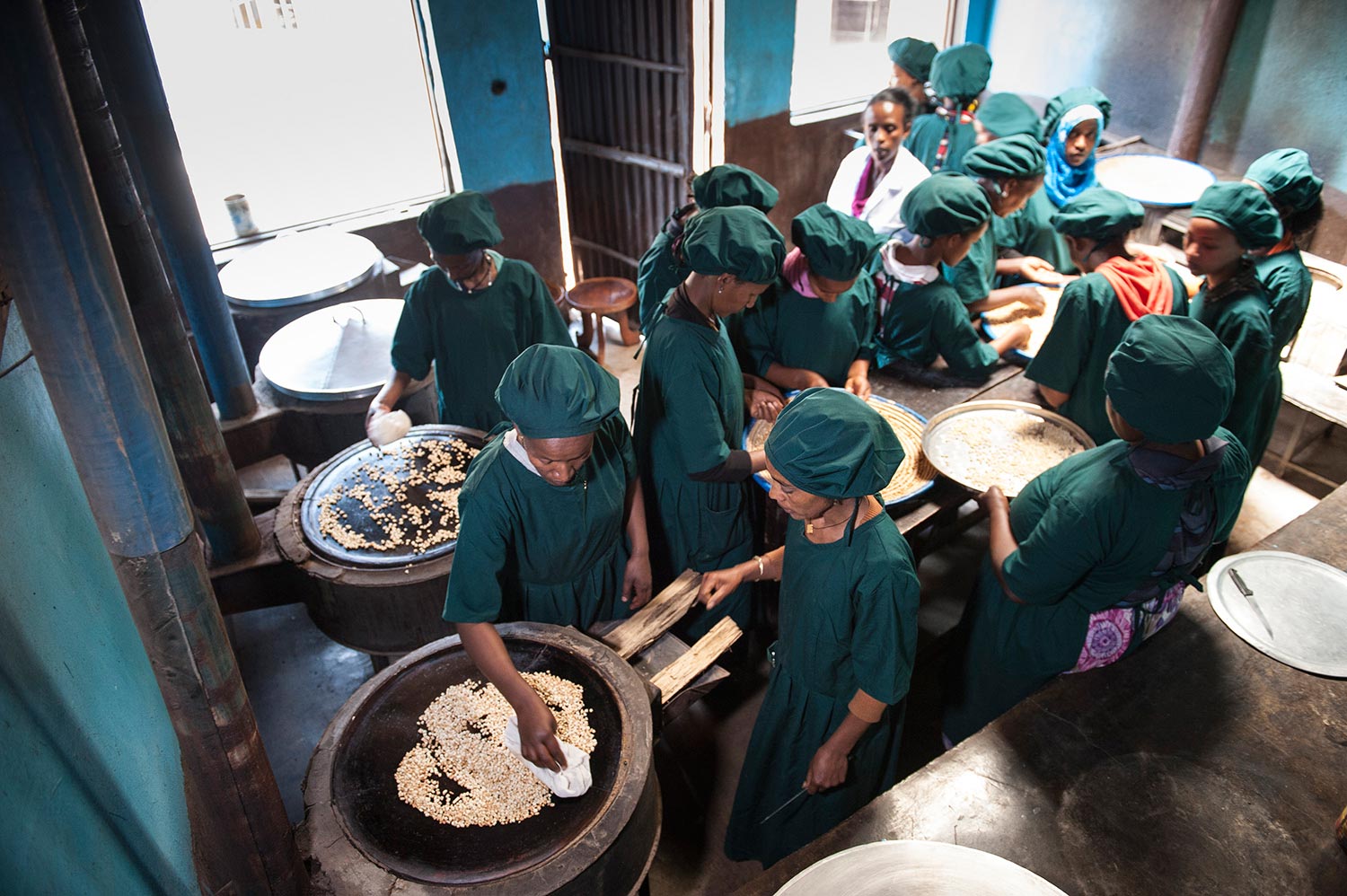 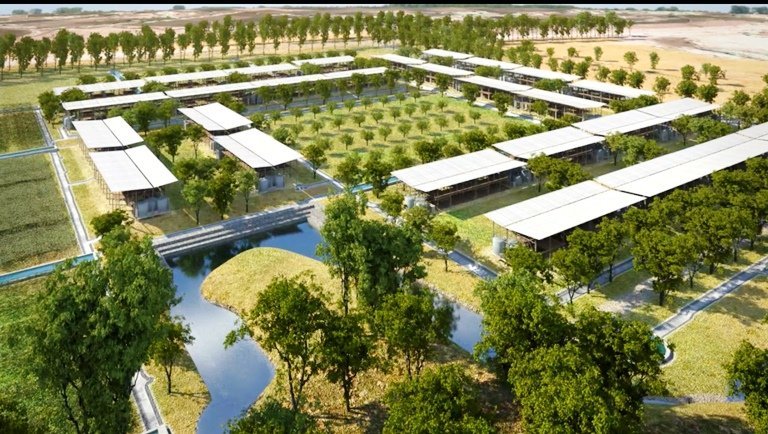 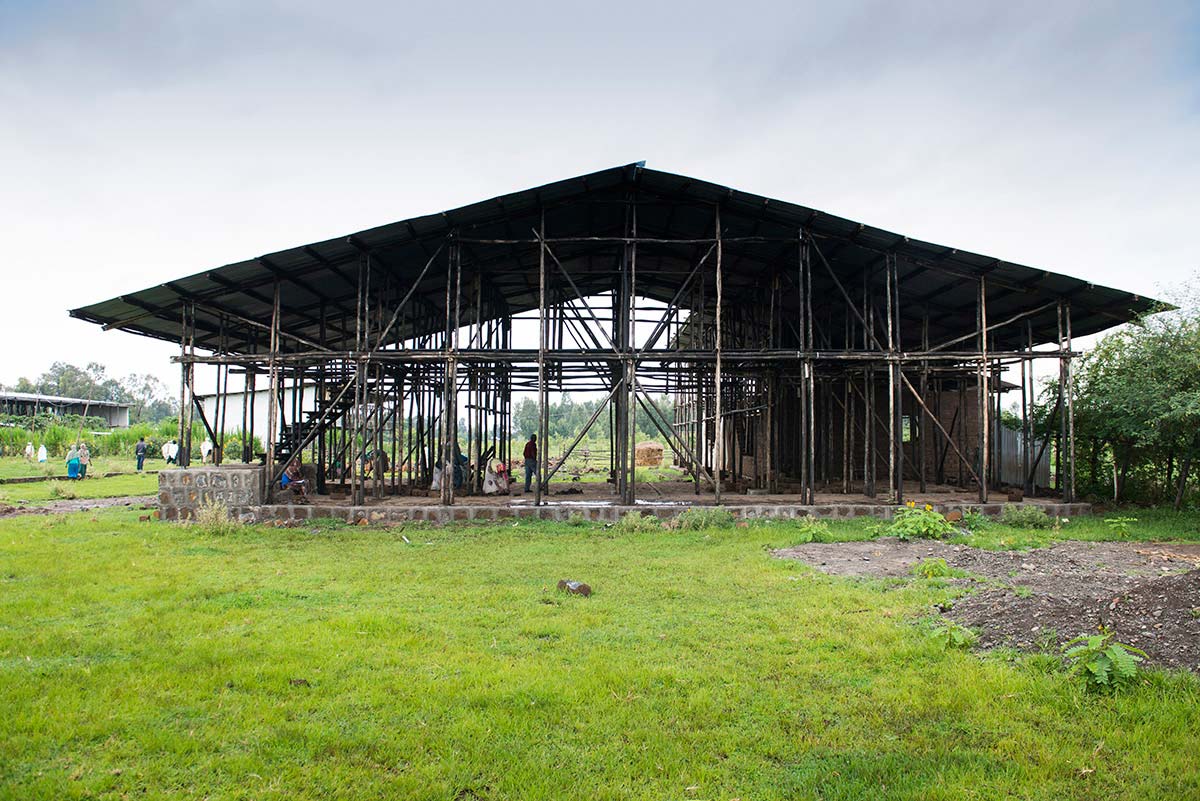