The poor and single mothers receive vocational training as housekeepers, which enables them to find employment and gives them a better income, allows them to live independently and provide for their children. 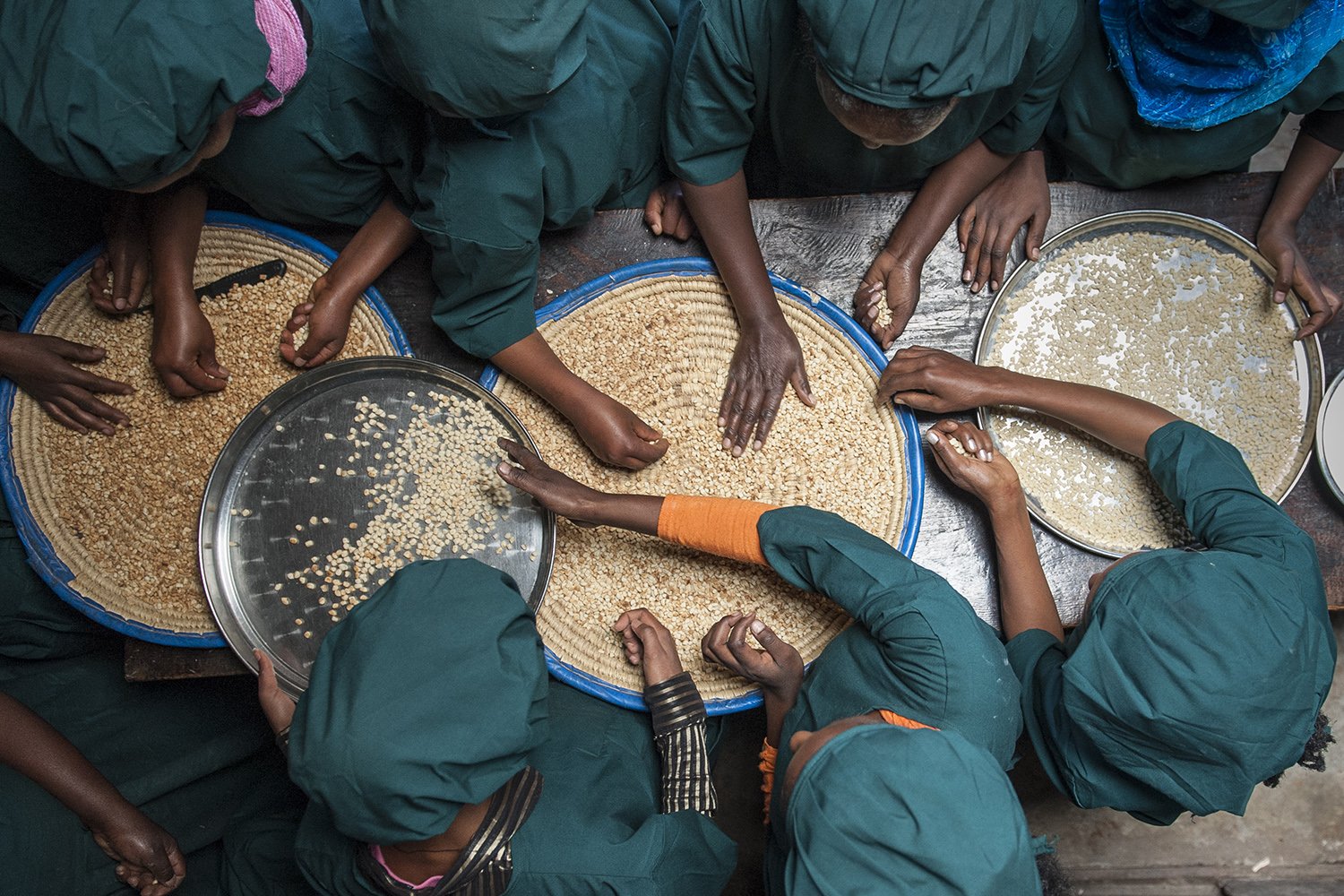 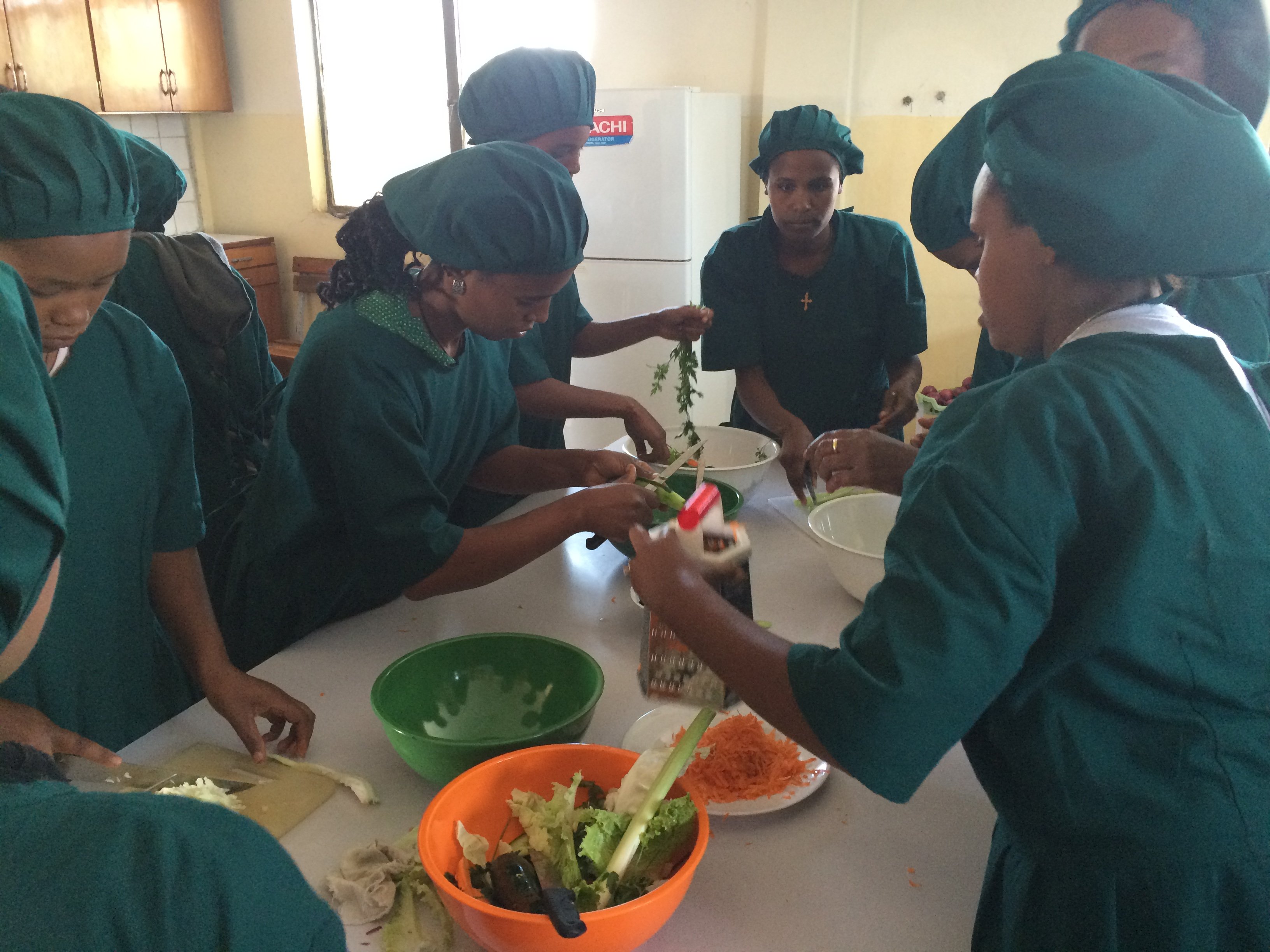 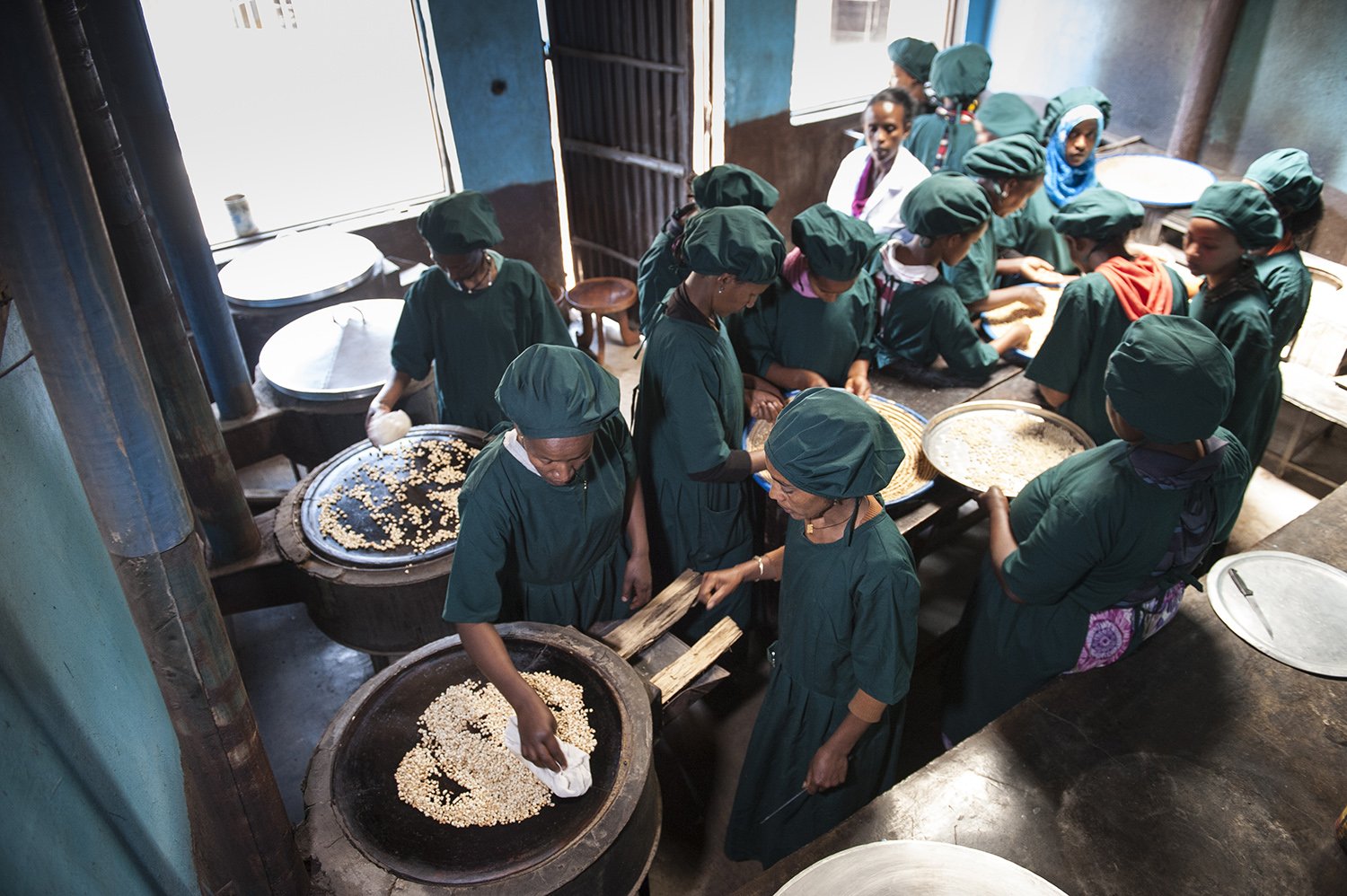 The women dance, clap, trill for joy: This scene is repeated every six months in the Ethiopian capital Addis Ababa when between 90 and 130 graduates celebrate the successful completion of their training as cooks and housekeepers.

The women spend six months in training. The diploma they receive is a kind of life insurance policy for them. Without the vocational training, they would have great difficulty in finding a job. Many made it as day labourers on construction sites and as occasional prostitutes. Like Jamila Bedu, 44. After her husband had left her and their three children, she saw no other possibility: “I drugged myself with alcohol and khat in order to endure life and be able to do this work.”

Others travelled legally or with the help of smugglers as guest workers to Arab countries to feed their children who were left behind with relatives in Ethiopia. “Many of us had gone to Saudi Arabia, but we lost more than we won, even our pride,” said graduate Megdes Fesseha in her speech to the festival assembly at the recent farewell. “They came back, were without hope, like all of us. Only through this training have we regained our confidence. In the future we can take care of ourselves in a self-determined way. And no mother has to leave her family anymore.”

The graduates are sought-after service specialists in hotels, canteens and private households. 60 percent of them have usually already found a job at the end of their training. As a rule, a quarter of women prefer to undertake their own business, for example baking dumplings on the street or making and selling spice mixes. But they are all united by the ability to offer their children a dignified life on their own in the future.

The population in Ethiopia is growing rapidly and with it the cities, because many young people move from overpopulated villages to the urban areas in the hope of making their fortune there. But without training, they are left with only casual work at very low wages. The need tugs at the families. Many relationships fail. Therefore more and more poor women find themselves in an almost hopeless situation as single mothers: With children and without education they have no chance to escape poverty without outside help. In order to feed their children, some women slip into prostitution. Other mothers leave their children with relatives to travel illegally to Arab countries and work there as housemaids. They suffer from separation from their children and often from abuse by their employers. The poorest women in the cities of Ethiopia are therefore urgently dependent on opportunities to stay in their homeland and offer their children a decent life: They need an education that makes them sought-after experts for the growing service industry.