The basic needs of people such as food and health are met, so they don’t have to flee into the city slums. 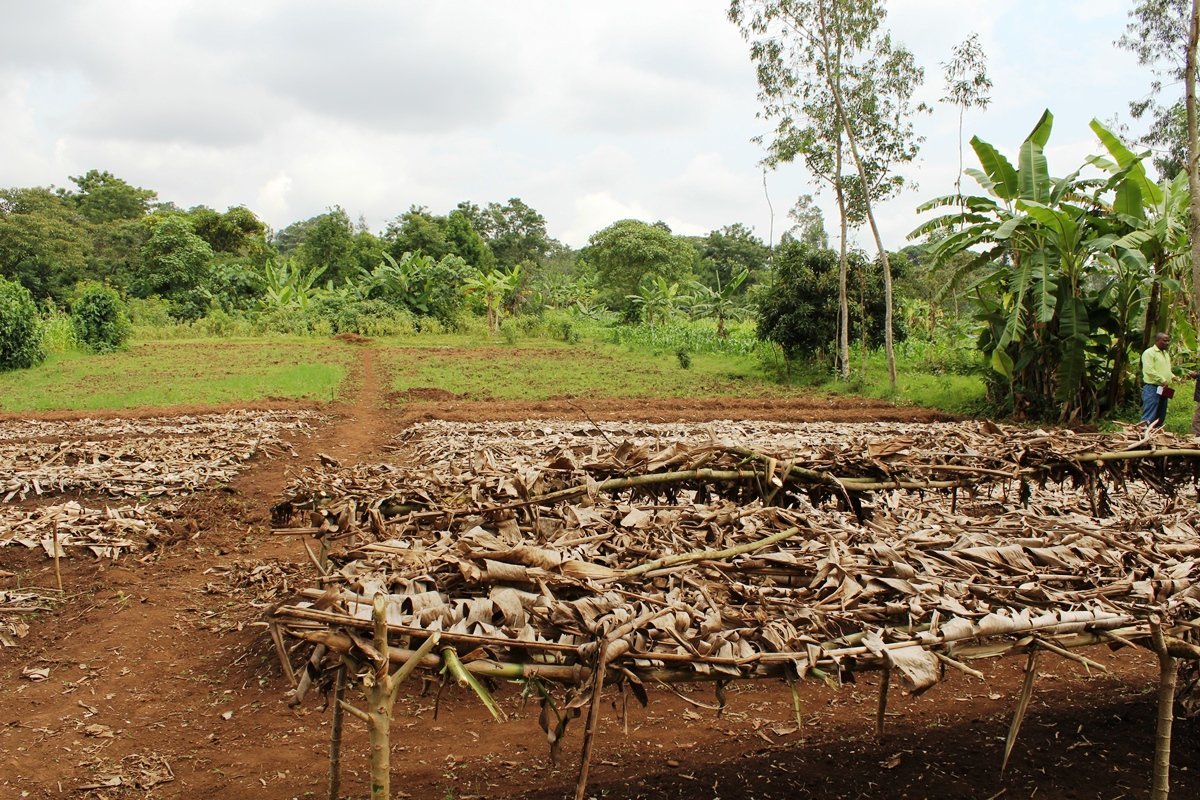 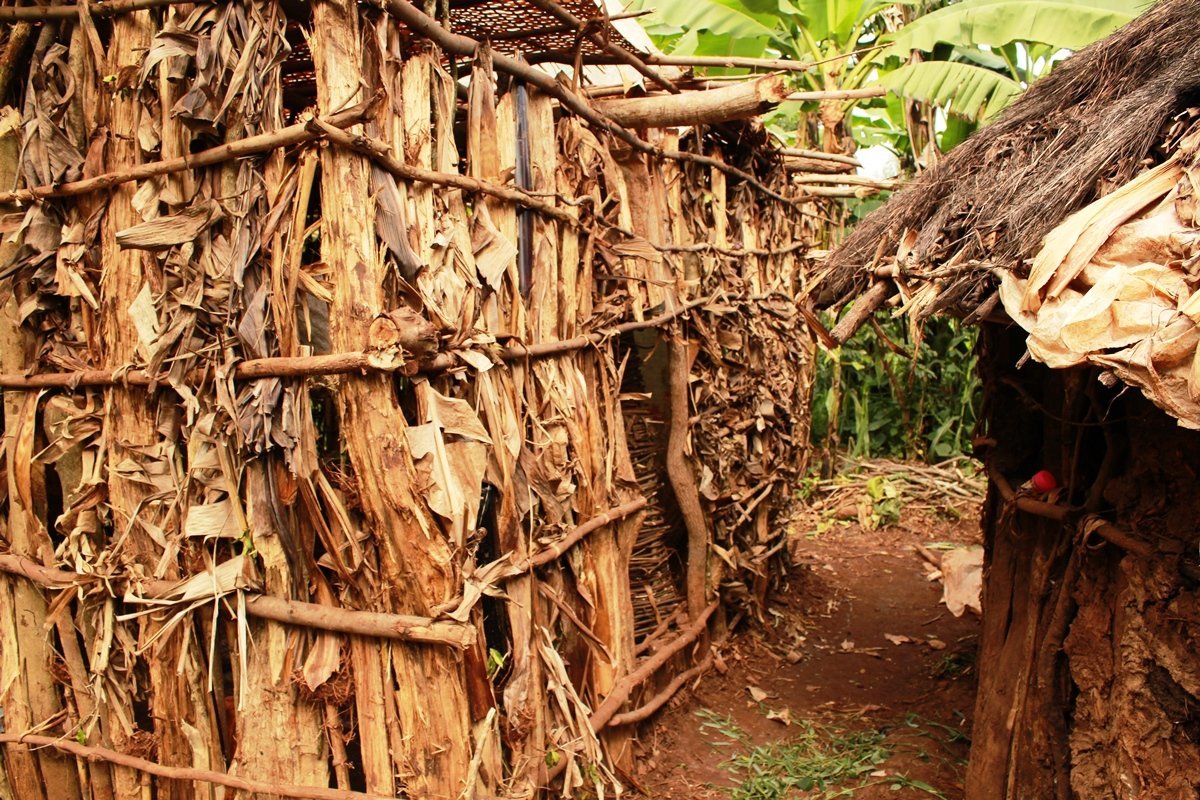 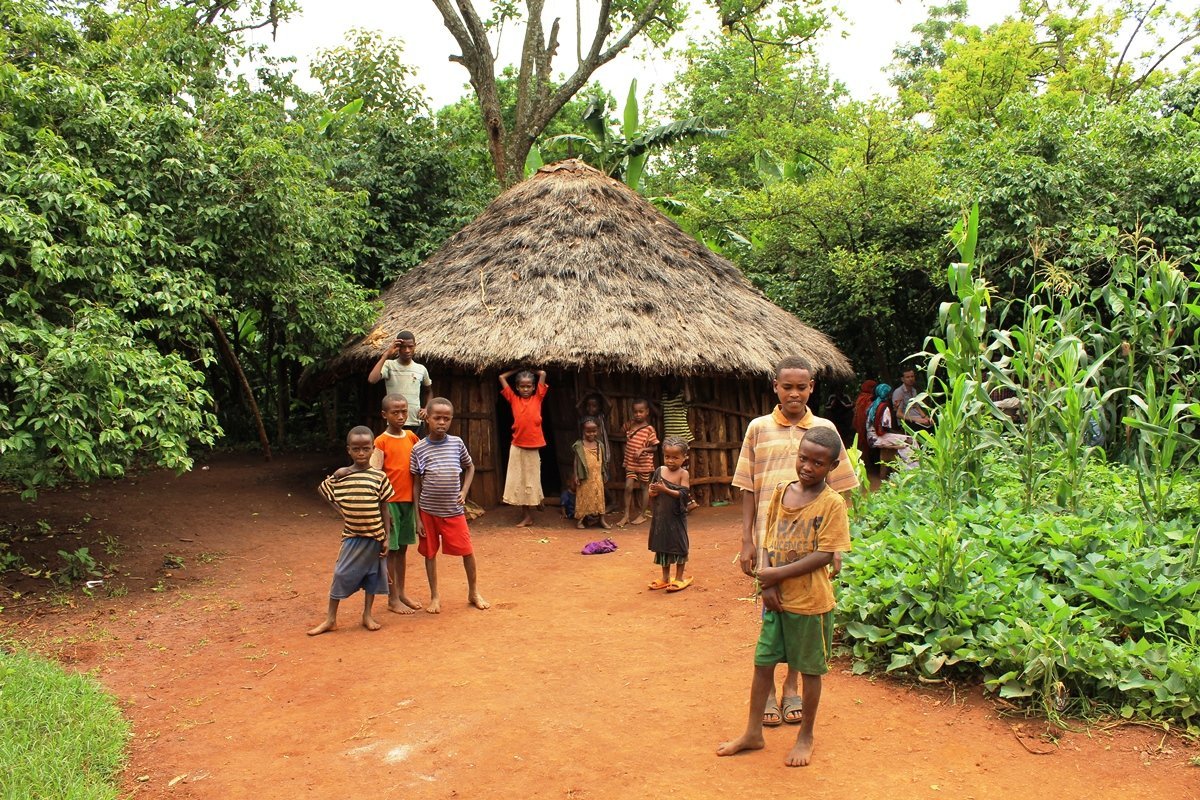 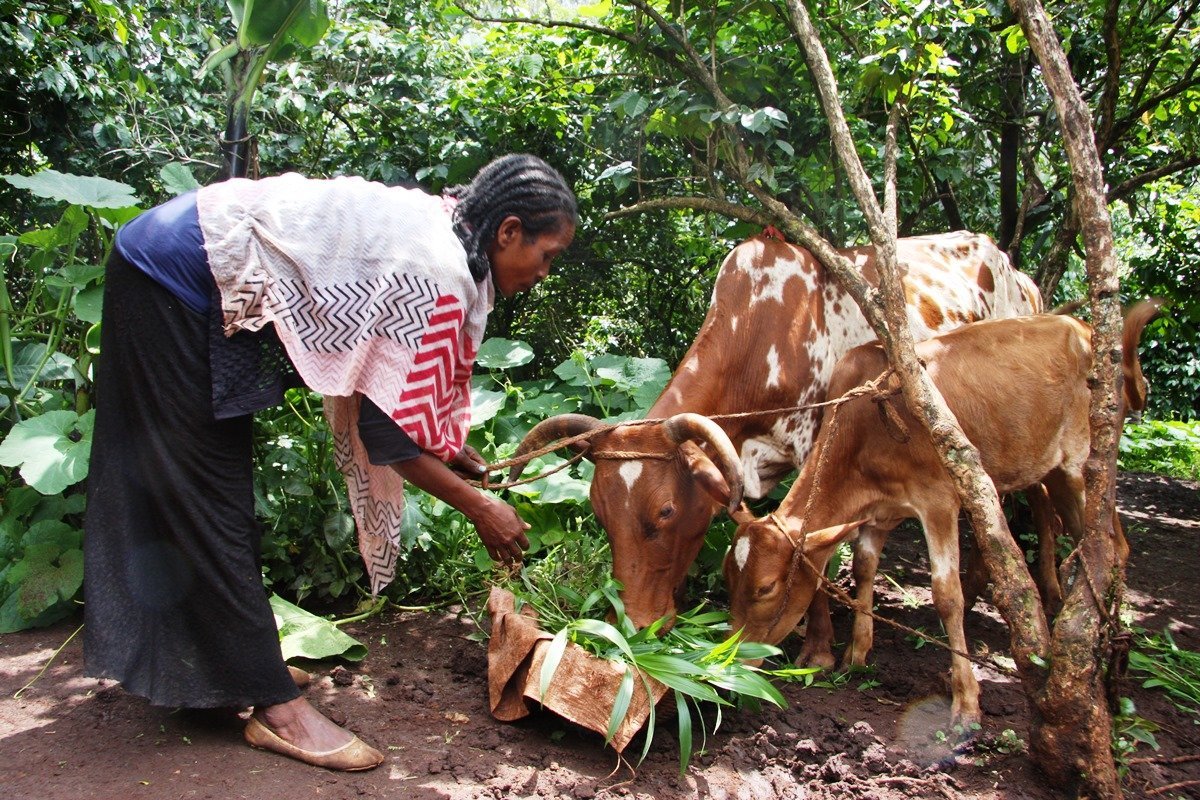 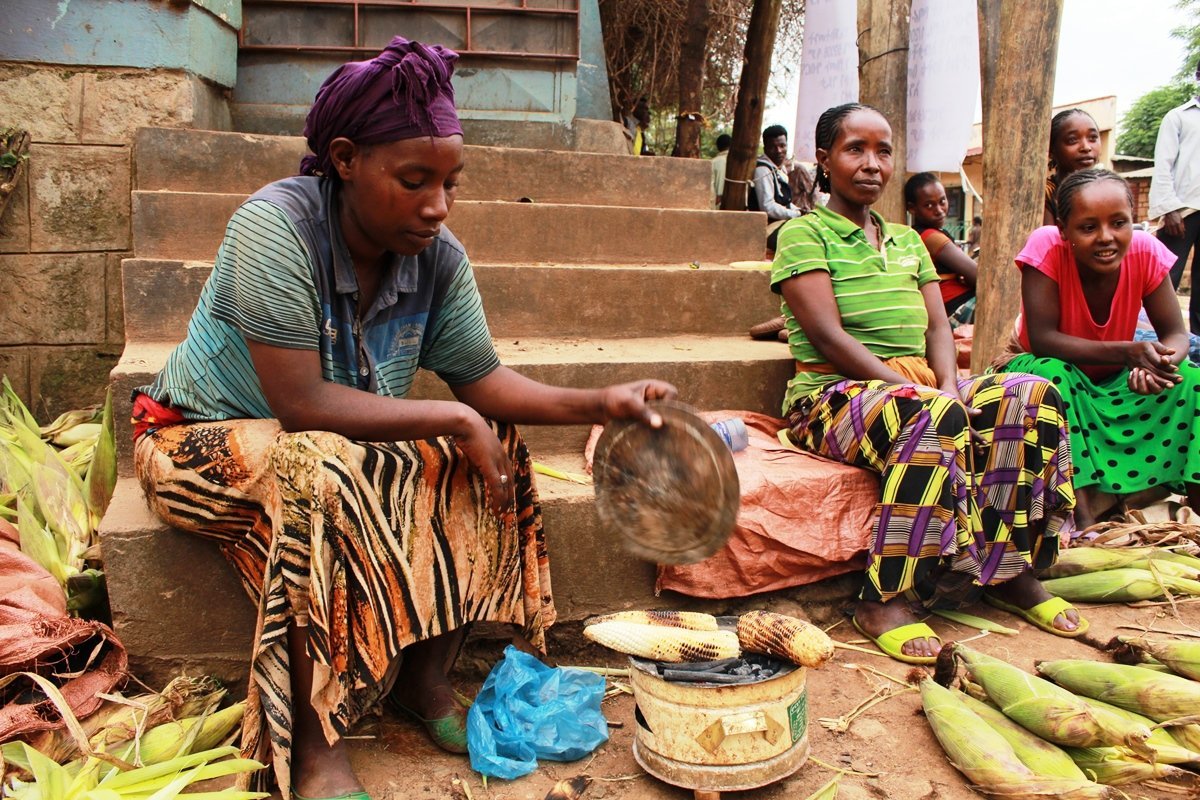 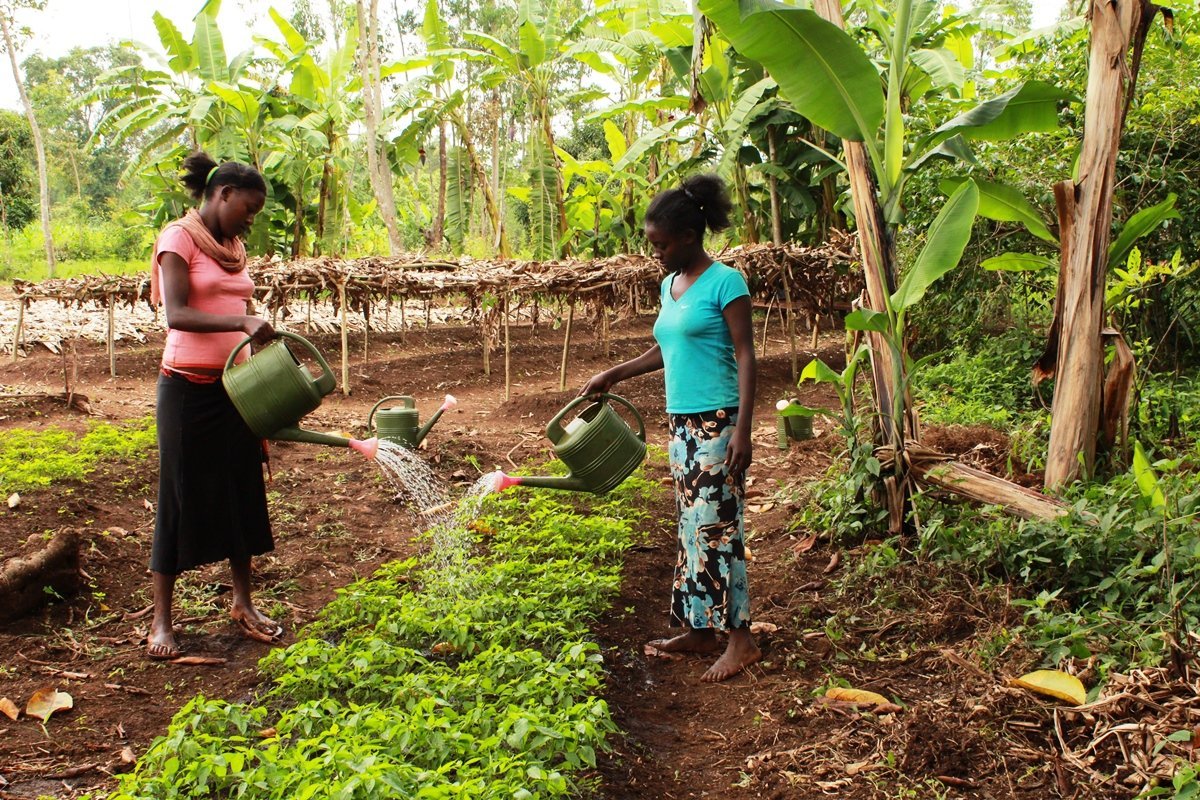 We worked with our partner EWNRA to meet the basic needs of around 63,000 people and improve their incomes so that they could live in their home areas with dignity. The integrated development project coordinated five basic components:

1. Increasing agricultural productivity:
A shortage of food is one of the main drivers of rural exodus. People need food all year round so it’s all about achieving increased productivity from the small fields. The experts at EWNRA educated the famers in modern methods of cultivation adapted to their circumstances and showed how they could diversify their production, with different types of vegetables, for example. The seeds are allocated as a type of loan from the cooperatives. After the harvest, the farmers pay the starting costs back to the cooperative.

2. Creating earning opportunities for families:
In a similar loan scheme, the famers receive calves and lambs from healthy livestock that quickly put on weight. Once they have been fattened, the animals can be sold for a considerable profit, creating financial assets that can secure a family’s existence.

3. Access to water and education on hygiene:
To combat water-borne illnesses, people need education about hygiene and access to safe drinking water. A total of 26,600 people have benefited from the construction of 75 water sources and the renovation of 20 old plants.

4. Restoring natural resources:
The stability of the country depends on strengthening its natural resources and slowing its population growth. Men and women were educated in family planning; at the same time the development experts from our partner organization ran numerous training programs to instruct the famers on protecting their ground from erosion and leaching. Wood-saving stoves were distributed to protect the forests and reduce the huge demand for firewood for cooking.

5. Bringing cooperatives together
What the social reformer Friedrich Wilhelm Raiffeisen recognized in central Europe back in the 19th century applies equally well to the farmers in Ethiopia: if they pull together it’s easier to obtain agricultural help, access to markets and credit. That is why we helped to bring cooperatives together – avoiding the middlemen and removing the dependence on private moneylenders who charge excessive interest.

In the districts of Gelana and Abaya each woman has five or six children on average. The population is growing by 3 percent each year. Between 0.25 and 1 hectare in size, the farms cannot provide enough food for the booming population. As a result, an average family only has enough food for half the year. Selling livestock is one important way of obtaining cash to pay for clothes, school supplies and food. But the increasing temperatures caused by climate change has also increased disease in livestock. The pastures are overgrazed so the animals are thin and produce little profit.

The people often suffer from illnesses caused by dirty water. This is a hard financial burden to bear: the opportunities to work are restricted and the families have to use the little money they have for medication. There are no self-help structures such as savings groups and cooperatives, leaving the people in desperate need of money with no option but to sell their agricultural products to middlemen at the wrong time. They can store them and sell them for a large profit later on. For acute emergencies, the famers have to turn to private moneylenders – where interest of 100 percent is normal: plunged into debt, the idea of a better life remains an intangible dream for them. Many young people, particularly, head to the towns in search of hope and a better life – swelling the numbers of destitute people in the poorest districts there.